Slanki anchors are traditionally used to treat sexual dysfunction. In a study conducted in Egypt in 2015 in a group of older men suffering from age-related androgen deficiency, the use of 250 mg three times a day of slangys extract three times a day for three months showed a statistically significant difference in increasing the level of testosterone (total and free) . A randomized, double-blind, placebo-controlled study conducted in 2012 found that in men with low sperm count, taking 6 grams of acacia root extract per day for two months resulted in a 49.38% improvement in sexual health in compared with placebo (27.80%). In this study, a trend toward increased testosterone levels of up to 16.3% was noted, but this data was not considered statistically significant. This study also noted improvement in erection (6.03%), reduction in penile stiffness (9.41%), reduction in premature ejaculation (6.12%) and reduction in symptoms of lack of orgasm (9.76%). A study conducted in Iran in 2016 in laboratory conditions on human sperm showed improvement in various parameters of male sperm, such as motility, curvilinear speed, viability. Another study conducted in Brazil in 2016 on 65 men showed a significant increase in sperm quality, especially increased concentration and motility. A study conducted in 2014 in Brazil, in which an extract of anemone was used in doses of 250 mg three times a day for three months to treat sexual dysfunction in women, found the effectiveness and safety of anemone in the treatment of this type of disorder. A randomized, double-blind, placebo-controlled study conducted in 2014 confirmed the high effectiveness of the use of slang fennel for the treatment of sexual dysfunction in women. A study conducted in 2016 showed the effectiveness of the use of sea cucumbers in the treatment of sexual problems in women during menopause.

The composition of Bravol: 1 capsule contains 300 mg of an extract of slangy kelp, which contains 90% furostanol saponins

Functional properties: Bravol contributes to the normalization of erectile function, the normalization of sexual disorders in men and women, the strengthening of libido, the strength and duration of erection, the improvement of functions in certain forms of infertility in men: infertility based on idiopathic oligoasthenoteratospermia (reduction in the number and quality of spermatozoa in the separated semen); infertility in the absence of improvement in sperm count within one year after varicocele surgery; immunologically determined infertility, in women it has a positive effect on the general condition with climacteric and post-castration syndrome with revealed neurovegetative and neuropsychic manifestations, it has a positive effect on endocrine ovarian infertility.

Sterols, such as ß-sitosterol and stigmasterol, are also present in the extract of the fruits of slanky anchovies.

These properties confirm the traditional use of the extract of the fruits of the slanky slang in the regulation of sexual dysfunction in men.

Diuretic properties of slanky anchors are associated with a large amount of essential oil, as well as a high concentration of potassium salts. The increase in the tone of smooth muscles, which is characteristic of the extract of the fruits of the slanka, together with its diuretic activity, can help in moving the stones located along the urinary tract.

Saponins isolated from the fruits of slanky slang showed a dose-dependent increase in phagocytosis, which indicates the stimulation of a nonspecific immune response.

Recommendations for use: on the recommendation of a doctor as a dietary supplement to the diet as an additional source of furostanol saponins, mainly protodioscin, in order to normalize erectile function; sexual disorders in men and women; to increase libido, strength and duration of erection.

It is not a medicine.

Method of use and recommended daily dose: adults take 1 capsule 3 times a day after meals, with a glass (200 ml) of drinking water.

Period of use: at least 3 months. In the future, the term of use and the possibility of repeating the course should be agreed with the doctor. A doctor's consultation is recommended before use.

Features of use: it is recommended to use a full and balanced diet, limit animal fats, sugar, sweets and alcohol.

Precautions: Do not exceed the recommended daily dose. The dietary supplement should not be used as a substitute for a complete diet.

Contraindications: pregnancy and lactation, increased individual sensitivity to any of the components.

Release form: capsules with a content of 300 mg. No. 60 in blisters packed in a cardboard box.

Storage conditions: store in the original packaging at a temperature no higher than 25°C, protected from direct sunlight and out of the reach of children.

Guarantee and quality: "Behealth" company has been on the market since 2013 and provides a 100% guarantee of the quality of its product range. The "Behealth" company cooperates with the world's leading suppliers and the largest wholesale operators of the pharmaceutical market of Ukraine, working according to ISO, GMP, GPP and GDP standards. Each batch undergoes proper quality control. Everyone has the right to request a copy of the certificate for any available or purchased product. 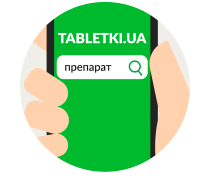